The idyllic village of Stuben, the starting point of the Flexen Road, was decorated with flags on Monday, the 11th of this month. Already in the morning, salvos from the sound of the salute cannons, echoing a hundredfold from the mountains, announced to the valley that something quite extraordinary was going on today. At 10 a.m., numerous guests from all parts of Vorarlberg arrived by car and on foot from the Langen station to Stuben. At halfpast ten, His Excellency the Governor of Tyrol and Vorarlberg, Count Merveldt, arrived.

Gazette for the Districts of Bludenz and Montafon, 16 October 1897

11 October, 1897 was a day of celebration for Stuben am Arlberg and the Tannberg communities, Lech and Warth. With the opening of the first section of the Flexen Road, a new connection was put into operation after only two years of construction, massively facilitating traffic from the Klostertal and Arlberg towards Tannberg. A triumphal arch at the height of the Flexen Pass symbolised the celebratory mood of that day.

Press reports of the time emphasised the tourist significance of the Flexen Road, especially because of the famous view. Some "sections" would even remind one of the famous Via Mala in Graubünden, Switzerland. 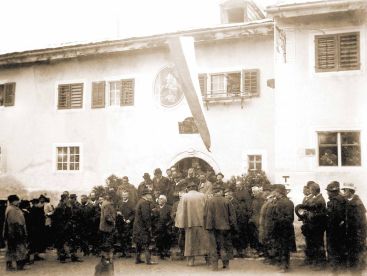 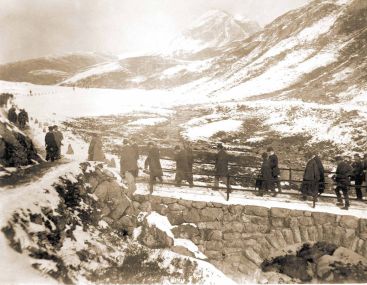 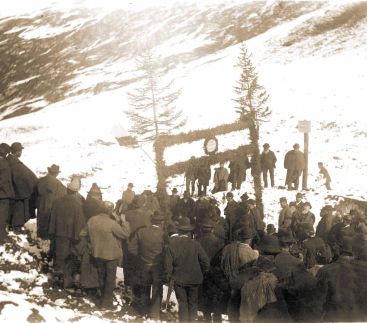