It can be assumed that the various paths over the Arlberg and Flexen Passes were already being used in prehistoric and Roman times, even though the references to the supposed existence of Roman or Rhaetian paths lack a scientific basis. Archaeological sites located at the entrances to the Klostertal and Stanzertal Valleys prove the presence of people since the Bronze Age. Their mobility in the Flexen Pass area is proven by the recovery, between Lech and Zürs of a Middle Bronze Age Lapp axe.

In 1950, a grave dating from the Merovingian period (Early Middle Ages) was discovered in Zürs, containing a male skeleton with grave goods (bronze coin, bronze belt buckle, fire steel, iron knife). Remains of the path, dating back to the 14th century, have been archaeologically explored in the Arlberg Pass area during the last two decades. Further investigations are planned for the Flexen Pass in the coming years. The connection via the "Gafri Route" is of special interest. 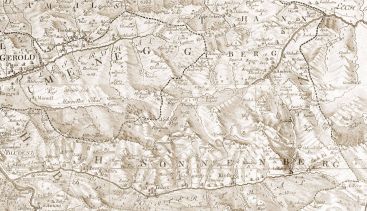