This welcome was emblazoned as an inscription in a festive arch on the Flexenhöhe. Black and yellow flags played joyfully in the Tannberg breeze. Why a welcoming arch at an altitude of 1784 metres above sea level, at the watershed of the Alfenz and Lech, Rhine and Danube, high up in the Alpine world? Every child on the Tannberg can give the answer! After all, it was a matter of laying the keystone, as it were, for a work of the greatest economic importance for the mountain villages of this part of the country, for a work which may be called, without exaggeration, a question of life for these sites of human settlements: We mean the ceremonial inauguration and opening of the Flexen-Lechtaler road.

After several delays, in 1909 the road connection to Warth and the Lech Valley was finally opened. The governor of Vorarlberg, Adolf Rhomberg, travelled there in his automobile, which was a minor sensation.

The increasing motorisation during the interwar period made a further extension of the road necessary, which had previously only been three metres wide. In 1935, the provincial government decided that the road would be a work project and construction began a year later, continuing after the outbreak of war with the forced use of prisoners of war. Further expansion stages followed from 1950 with the construction of galleries.

About 20 years ago, discussions were held concerning a possible tunnel that would have bypassed the Flexen Road, the "Erzberg tunnel". The plans, however, did not come to fruition. Nevertheless, due to geological uncertainties, a few years ago, a new access road with several winding bends was built from Stuben am Arlberg towards the Flexen Road. 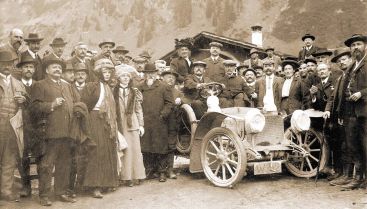 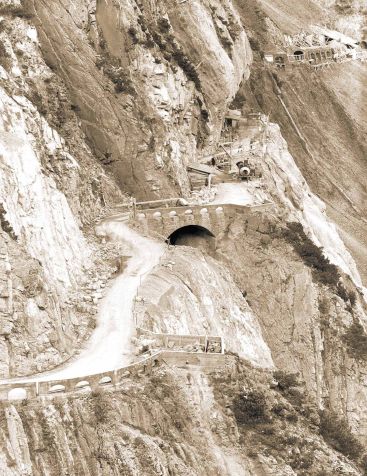