Even in the years after the Second World War, almost every spot around Stuben was hayed. We went to the Gafri after the fat hay. In autumn, some of the meadows that were too steep for herding were auctioned off. For a few shillings you could get a few bundles of hay from there.

In the vicinity of the old Flexen path and the new Flexen Road there are numerous mountain pastures that were once an important basis for Stuben's agriculture. About 80 years ago there were still around 70 head of cattle in the village. Since the hay yield in the vicinity of the houses was not sufficient, over the course of the century, areas up to more than 2000 metres above sea level were cultivated.

After the first mowing in the valley in late summer (fat hay), the single-cut mountain meadows were cultivated. This required a lot of labour. The hay was stored in hay barns, if available, which were usually located in the lower part of the mowing fields, as the hay could be brought there easily. Old maps show about 30 such buildings, most of which are now dilipated. In winter, the hay was hauled to the home estates, which was often a dangerous business.

Particularly beautiful mountain pastures can be found in the "Gafri" area, above the Flexen Gallery. The name is derived from the Romanic "capra" ("goat"). The hay was transported in a large, communal hay train, with about 20 hay bales at a time being pulled forward by horses or cattle to their owners in Klösterle and Wald. 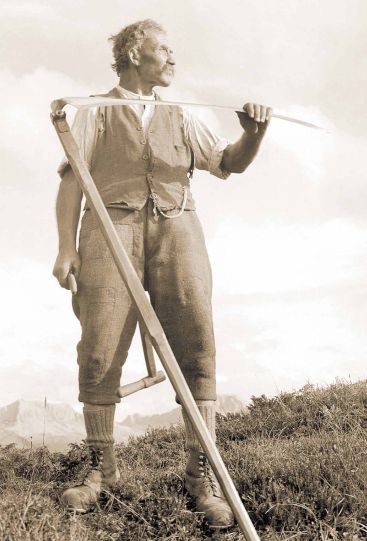 Hay farming on the mountain meadows on the Arlberg and Hochtannberg, photos: Risch-Lau (Vorarlberg State Library) 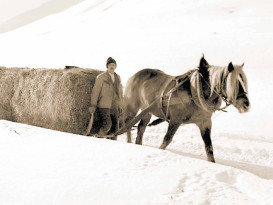 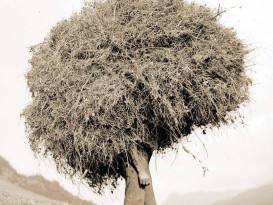