The biography of Franz Josef Mathies (1864-1937), who went down in regional history as Avalanche Franz Josef, is undoubtedly one of the best-known stories about the Flexen Road. Generations of Vorarlberg schoolchildren were familiarized with it in local history classes. The teacher Josef Anton Bickel first published the story in 1914.

The oldest son of the Mathies family from the Teschenberg hamlet in Warth had to work, already at the age of six, as a small shepherd. After finishing school he earned his living as a carrier and postman. He transported goods from Langen am Arlberg via the old Flexen path to Tannberg. It was on this path that he had an accident in an avalanche on 21 December, 1886. After 30 hours, miraculously he was freed alive as the water from the Flexen stream had freed up an area for him to breathe. Franz Josef spent a few years at the Alpenrose Inn in Zürs, hosting the first skiers around 1900. Later he settled as a carter in Stallehr. After his death in 1937, he was buried in Stuben am Arlberg.

See also the past exhibition "The Emperor's last parlor" 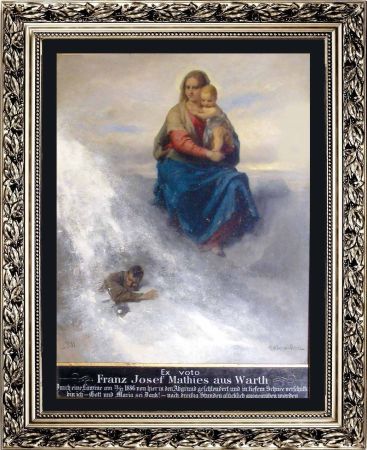