The view back to Stuben, which soon lies deep below us, is captivating and peculiar. You reach the top of the pass in a comfortable climb, see the houses of Zürs about 2 kilometres ahead of you and reach them in a flat run and moderate descent in about a 2 to 3 hour ride from Stuben.

In the 1890s, various contributions by the German and Austrian Alpine Associations noted that the peaks around Lech were little or not at all known in the tourist world. From 1897 onwards, improved accessibility to the Tannberg villages contributed massively to the development of tourism. Zürs, in particular, developed into an insider tip for skiers even before the First World War.

The winter traffic over the Flexen Road became increasingly better managed during the interwar period. This development significantly contributed to the formation of tourism in the Arlberg region as it is known today. Resourceful tourism pioneers in Lech and Zürs recognised the advertising effectiveness of the brand name, hence the historical region "Tannberg" was increasingly replaced by the term "Arlberg". 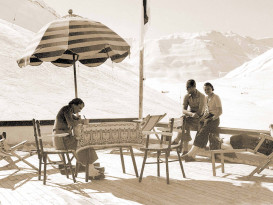 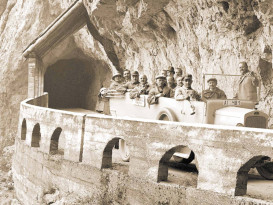