A man wades ahead and searches the way with a pole or shovel. He leads a bare horse on the reins. Horse and man often sink up to their chests in the snow. Then 6-18 ringers follow, or two or three peasants follow with a horse and empty sledge. In between go a few men who always throw snow in the way. Thus, little by little, there is a solid track that becomes almost as high as the surrounding snow. Behind them, a strong horse pulls a sledge with a chain stretched across its runners; this makes the track even and smooth. The track is ready for the sledge.

Until the 1920s it was assumed that the Arlberg and Flexen Roads were closed to car traffic in winter. Transport was provided by horse-drawn carts on the winding, twisting road from Stuben am Arlberg to the Flexen Gallery. Where the road was buried by avalanche snow, it could be shovelled free. So snow tunnels were often dug around the area of the Große Dohle Gallery on the Flexen Road.

The development of tourism during the interwar period demanded better access to the villages of Lech and Zürs. High-altitude roads were most likely to be accessed by tracked vehicles. From the winter of 1934-5 onwards snow presses made it possible to use the Postbus company's Kegresse snowmobiles on the Flexen Road. These were in use until afer the Second World War. Rapid progress was made in snow clearance. From 1950 onwards, the Flexen Road was passable with an average of only 11 blocked days per winter. 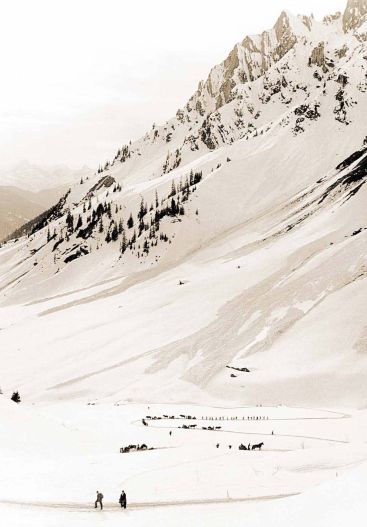 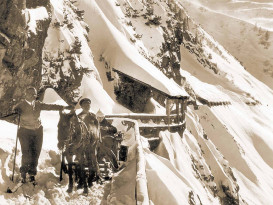 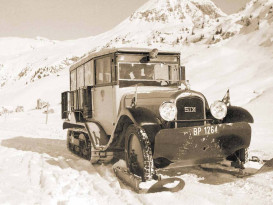 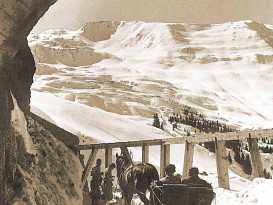 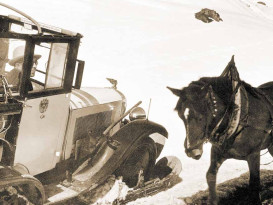