It’s already October and we still haven’t brought in all the hay. Even the meadow hay awaits the sun in the fields above Stuben, and there are thousands of hay drying poles hung with nothing but a few second cuts from Barz to Stuben. This morning was glorious and we were able to make hay again, but around 11 a.m. the rain made its way back through the valley. This year it’s difficult even to bring poor hay into the barn, and we fear that the consequences of feeding such hay cannot be good.
Vorarlberger Volksblatt, October 6, 1896

Besides the traffic over the Arlberg Pass, agriculture was the mainstay of people’s livelihoods in Stuben. At 1,400 meters above sea level, however, this is fraught with limitations, and the residentsof the village were particularly vulnerable to the consequences of climatic extremes. 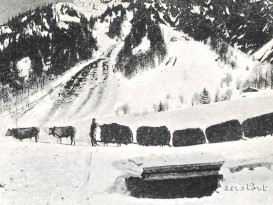 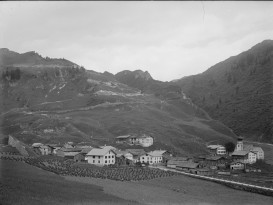