The Flexen Pass leads over the so-called “Flexen Saddle” (1750 m) from Klosterthale in the Lechthal valley [...] from Stuben using the Arlberg Pass road up to the [...] Kanzel, then winds its way to the old quarry, and from there through a tunnel, several avalanche galleries and across a boldly curved bridge directly to the sheer rocks that lead up to the top of the pass.
Notice from the German and Austrian Alpine Club, 1895

The Governor of Vorarlberg, Adolf Rhomberg, witnessed the opening of the first section of the Flexen Pass road in 1897, and in 1909 it was finally joined up with the Lechtal Valley. The hazardous road from Rauz to the Flexen Pass was planned by Paul Illmer and built in just two years by Johann Bertolini and his team. 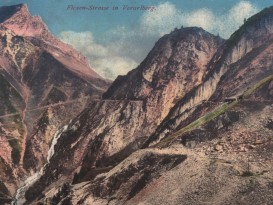 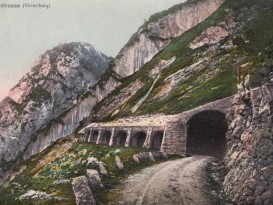 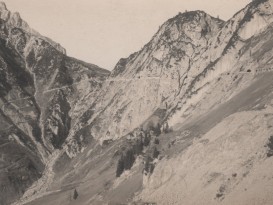 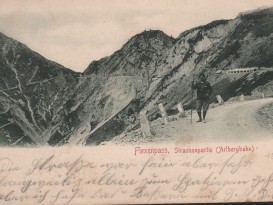