In 1900 Zürs was barely even a village, but rather a kind of foothill to the Walser farms of Tannberg. There was a tiny guesthouse called “Zur Alpenrose” with six beds, but it only operated during the summer. In winter it was occupied by a caretaker. Around the turn of the century, the caretaker was Franz Josef Mathies. He had been tasked by the municipality of Lech with the upkeep of the Flexen Pass road, which had been built in 1895, although it was neither ploughed nor cleared. Mathies became famous as “Avalanche Franz Josef”.
Toni Hiebeler

Franz Josef Mathies (1864-1937) came from Warth, but moved to Stuben am Arlberg with his whole family at the end of the 19th century. He was known well beyond the village as “Avalanche Franz Josef” after having dug out the survivor of an avalanche, who had lain buried for around 30 hours, following an avalanche on the Flexen Pass road in December 1886. 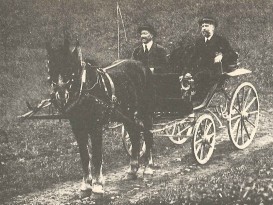 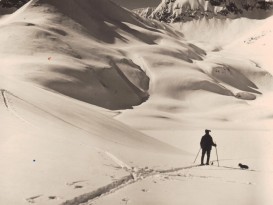 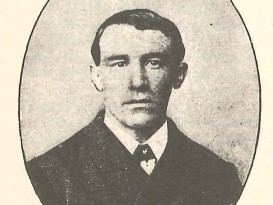