Due to the war, skiing is being promoted to us far more. Its use in emergencies – already a reality – among the fighting forces, primarily in the German and Austrian armies, gives it a kind of blessing, a baptism by fire, which is crucially important for its future.
Der Winter magazine 1914/15

As in many areas of society, for modern skiing too, the First World War proved to be a veritable engine of further development. In the mountain battles between Austria and Italy in particular, skis were used for a range of activities. During the war years, soldiers were also stationed in Stuben am Arlberg, as the photo proves. 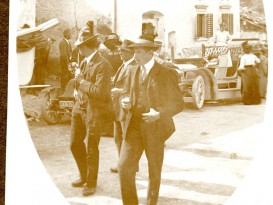 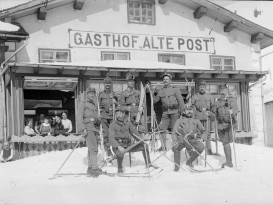 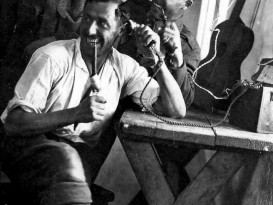