Zürs has regained its reputation as an international winter sports destination. The famous Schneider-Jochum ski school provided sporting impetus and diversion, and in some of the bigger hotels evening social events were held several times a week, with particularly special celebrations everywhere around New Year.
Vorarlberger Volksblatt, January 24, 1931.

Even the very first skiers, who lodged in Stuben around 1900, found an ideal location for their pursuits in the then uninhabited Zürs. It was during the inter-war years that the Zürs ski school developed, which was shaped to a great extent by skiers from Stuben. A shot by Lothar Rübelt from 1949 shows no fewer than nine ski instructors from Stuben – proof of its economic significance. 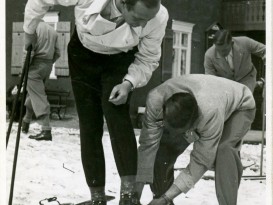 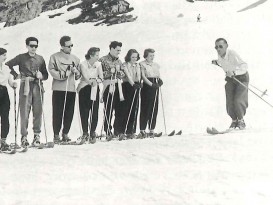 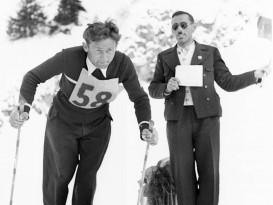 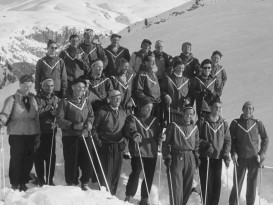