In magnificent weather, the second slalom race for guests and ski instructors in Zürs took place on Sunday, February 6. The course had been set by the director of Zürs ski school, Friedrich Schneider, and covered a difference in altitude of 200 meters for the first class, 150 for the second, and more than 300 for the ski instructors’ class.
Bludenzer Anzeiger, February 12, 1938

Friedrich Schneider (1898-1987) was one of the best known characters of the 20th century in Stuben am Arlberg. The younger brother of Hannes Schneider, he won the downhill run at the first Arlberg-Kandahar race in 1928. He founded the Stuben ski school, was director of the Zürs ski school for around 40 years, and was also co-owner of the Hotel Lorünser. What's more, he also worked for decades in a home agriculture. 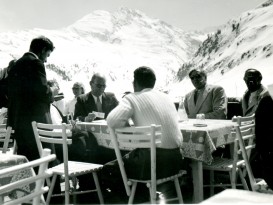 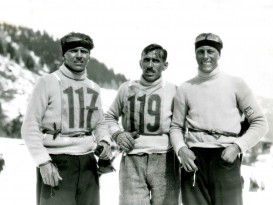 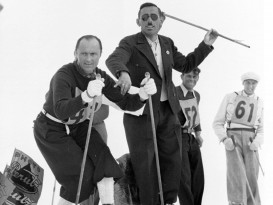