I had looked at the whole thing many times and thought it through well. But I wasn't 100 percent sure before the first jump whether it would work. The approach was very short and it was also difficult to check the speed on the approach. When I decided to jump and found myself on the approach, however, my gut feeling told me it would work and that's how it was. Once the first jump had been managed, I knew that the others would work too. Years of training and accumulated experience has helped me to develop this feeling, which today helps me with many decisions.

Andreas Gohl about his project „On Tracks of the Legend"

Andreas Gohl, born in St. Anton, started freestyle skiing at the age of just twelve and has competed in the Winter Olympics twice. He achieved a notable eighth place in Pyeongchang in 2018. The athlete, who started for Ski-Club Arlberg, started a spectacular project on the serpentines of Flexenstraße in 2018. For the film „On Tracks of the Legend" he jumped over the twelve-metre-wide road a total of four times. The spectacular film project is also a portrait of the athlete and premiered at Filmfest St. Anton am Arlberg. 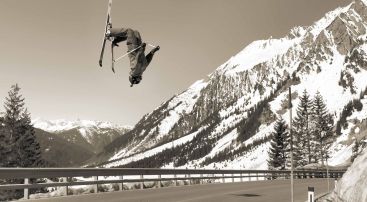 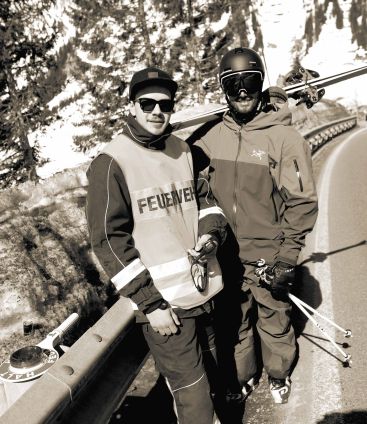