Led by the Klösterle brass band, the Stuben ski school – with Willi Mathies at their head as head of the ski school – marched to the valley station of the Albonabahn where the opening ceremony took place.

Smiling faces could then be seen during the award ceremony. Old "skiing aces" like Trudi Jochum-Beiser, Gerhard Nenning, Karl Cordin or Alfred Matt also got back on their skis after a long time.

Everyone involved in the event was then invited to a shared meal at the hotels "Post" and "Albona". At 88 years old, Friedrich, brother of the famous Hannes Schneider, was certainly the oldest guest of honour. He followed the performances and speeches given at the festival site on the "snow stage" with interest.

Prominent figures from abroad were also represented in Stuben. Prince Bernhard of the Netherlands could be seen in the crowd following the race with excitement.

In order to keep the memory of ski pioneer Hannes Schneider, born in Stuben am Arlberg, alive, the then head of the ski school Willi Mathies established the Hannes Schneider remembrance race in the 1980s. In the subsequent decades, this developed into an event steeped in tradition in which Ski-Club Arlberg plays a major role.

Successful racers from years past line up at the starting line time and again – including many who have won medals in world championships and the Olympic Games. 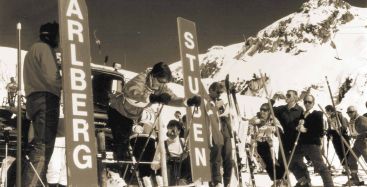 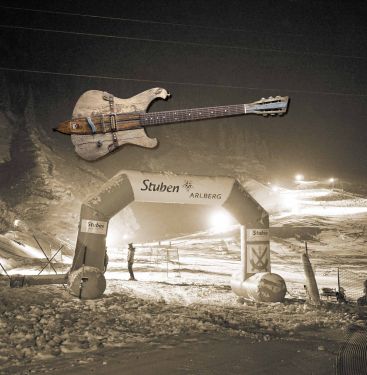