The idea originated in Stuben in February 2012. Mediated by gallery owner Kurt Prantl and under the leadership of Martin Rhomberg, an extensive exchange of ideas and a friendship occurred with Udo Rabensteiner. After taking an in-depth look at the life of the ski pioneer, Rabensteiner decided on a representation of Hannes as a down-to-earth man from the village connected with people, who remained more strongly connected to his Arlberg and the mountains than the glitz and glamour of the wide world.

A life-size model developed in an intensive creative phase from May to October 2012 using around 400 kg of clay, from which the bronze statue was cast in Northern Italy in laborious further process steps. Rabensteiner deliberately dispensed with exaltation and glorification in his expressive interpretation. He placed the home-comer just a few metres from his birthplace – the so-called "Fuchsloch" – simply as a skier and a man – without leaving out his trademark, the legendary "Tschick" (cigarette).

For almost ten years now, a life-size bronze sculpture created by Udo Rabensteiner reminds people of Hannes Schneider at the parish church of Stuben am Arlberg. The monument shows the ski pioneer on his way home from a ski tour – with the Ski- Club Arlberg logo, of course.

The memory of the great local son has been kept alive time and again in various projects and exhibitions – not least by the "Foundation Friends of Hannes Schneider" founded in 2016. 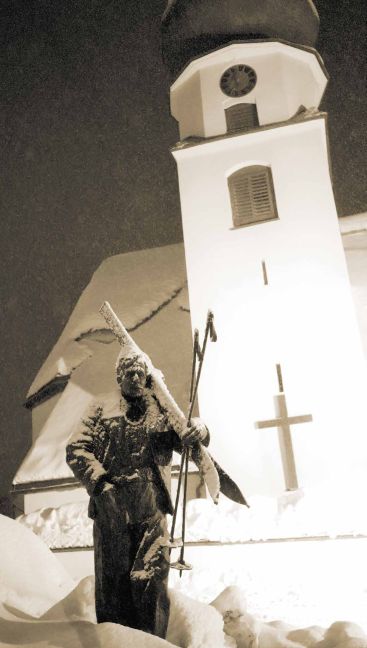 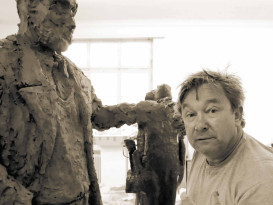 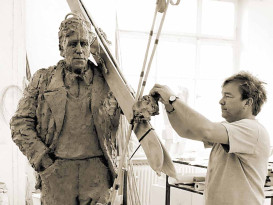