I spent the happiest time of my life in Arlberg. I remember my years with Hannes Schneider in a warm, companionable manner. The spirit of this man will live on in our club and our hearts.

After Hannes Schneider was dismissed from all his posts in the annexation of Austria in 1938, he was rehabilitated by Ski-Club Arlberg after the end of the Second World War when the club appointed him as honorary chairman. Schneider played a part in the life of the club until his death.

After he died in the USA in 1955, numerous members of the club advocated for the establishment of a monument. These also included the famous sports photographer Lothar Rübelt, who had maintained close contact with Schneider's ski school in St. Anton am Arlberg before the Second World War. He was thus employed as the stills photographer during shooting of the film "Der weiße Rausch" (The White Ecstasy) in 1930, and numerous photographs of Arlberg can be found in his estate. 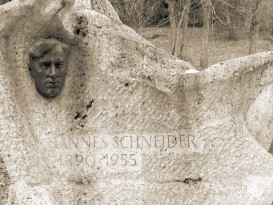 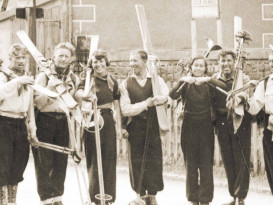