The chairman, Hermann Schuler, opens the meeting at 7:30 and begins to speak about the purpose of it, the holding of the 1950 Arlberg Youth Ski Day. The 26th of March is set as the date, with the 1st of April as a potential alternative date for the day. After some debate, it remains in the form of a giant slalom.

Age groups of 10-18 years old are permitted, the total number of participants should not be more than 50, whereby St. Anton and Lech will provide for around 20 each and the other two locations will provide for the rest. Zürs had proposed combining the youth ski day with the Björklund race, to take place soon, but withdrew this proposal and agrees that the 1950 SCA Youth Ski Day will take place in Stuben am Arlberg. The age of participating girls starts from 12 years old.

The timing is scheduled as follows:

Rudi Fritz, Stuben, has race control. 6-7 officials from St. Anton, 4-6 from Lech and 2-3 people from Zürs are available to him. 30 gates are planned.

The Ski-Club Arlberg, with its representatives in St. Anton, Lech, Zürs and Stuben, was resumed after the Second World War. The Arlberg Youth Ski Day, held every year, was used to promote skiing. The youth work was particularly noticeable through the international success of the racers from Arlberg from the 1948 Winter Olympics. The high point in this respect was the 1952 Winter Olympics in Oslo when the club had two Olympic champions among its ranks in Trude Jochum-Beiser and Othmar Schneider. 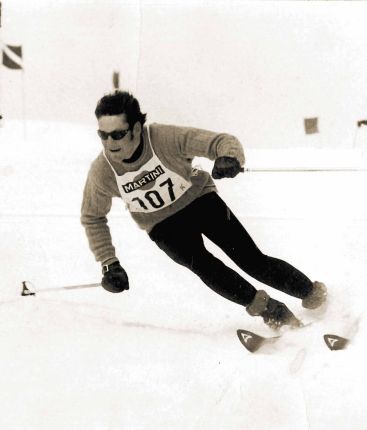 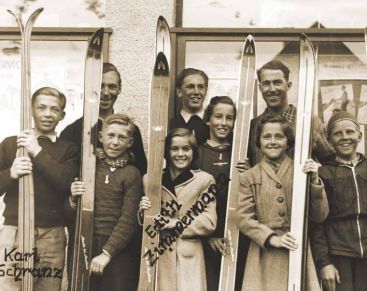 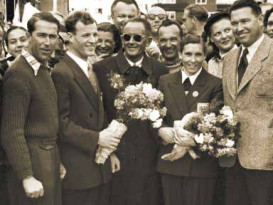