Alex Viktot, who attended all the big international ski competitions in the winter of 1936/37 as a special reporter, has published a list of those he sees as the ten best downhill skiers in the world in “L’Auto” magazine [...]: 1. Emile Allais (France), 2. Willy Walch (Austria) […]. He names the Austrian Willy Walch as the most immediate opponent to Allais, the world champion, whom he describes as a phenomenon, the “cochet des skis”. Walch is superior in the slalom, Allais in the downhill.
Salzburger Chronik für Stadt und Land, April 21, 1937

From an international perspective, Willi Walch (1912-1941) from Stuben am Arlberg was the most successful skier in Vorarlberg before the Second World War. He made a name for himself primarily through his elegant style and won numerous prestigious races. At the Alpine Skiing World Championship in Chamonix in 1937, he won the silver medal in the slalom. Two years later in Zakopane he was once again the runner-up in the combination and won the bronze medal in the slalom. Willi Walch was killed in the War in 1941 on the first day of the Russian campaign. 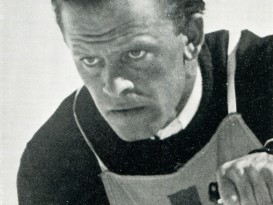 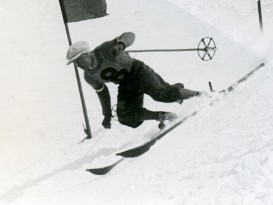 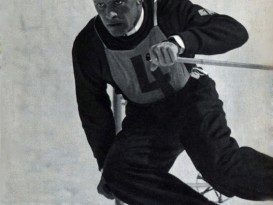