Hannes Schneider and Stuben am Arlberg

Ski pioneer and ski instructor with a revolutionary technique

The legendary ski pioneer Hannes Schneider (1890–1955) was born in Stuben. From 1907, at only 17 years of age, he was the first ski instructor on the Arlberg and revolutionized the technique of skiing with the Arlberg school. In 1920, he founded the first Austrian ski school in Arlberg. He carried the name of his hometown of Stuben and of the ski paradise of Arlberg as a ski legend and movie star out into the world.

The Arlberg skier survived World War I at the front in the Dolomites and soon caused furor as a legendary ski instructor in the film world and on the ski slopes. In ski films such as “Der weisse Rausch” (“the White Thrill”) or documentaries such as the “Wunder of Snowshoe skiing” (“Marvels of the snowshoe”) and “Die Weisse Kunst” (“The White Art”), Hannes Schneider showed his expertise at high speed and with acrobatic skill. In these films, director Arnold Franck promoted the new ski technology, the Arlberg style, which had been predominantly developed by Hannes Schneider. At this time, the Stuben local Hannes Schneider had won nearly all of the international ski competitions.

As one of the best skiers of the time, he even taught his Arlberg technique in Japan. Hannes Schneider emigrated to the United States of America with his family shortly before World War II broke out. He founded his own ski area in North Conway in the USA and died in America. He left a massive gift to those who came after him: The “fastest ski instructor in Europe” of his time passed on his philosophy of skiing to lovers of the white sport: Skiing with ease while enjoying the movement, speed and turns. Since then, generations of his colleagues have flown the flag for the “white art”. If you are working as a ski instructor in Arlberg, you should be proud as homage is paid to the perfection of skiing more so here than anywhere else.

The winter sports resort Stuben erected a monument to its favorite son in 2012. Hannes Schneider was immortalized in a bronze sculpture by the artist Udo Rabensteiner.

Between 1920 and 1933, numerous films were made with at times spectacular scenes of the ski legend Hannes Schneider in action. Some films served to demonstrate the technique of the “Arlberg school”. 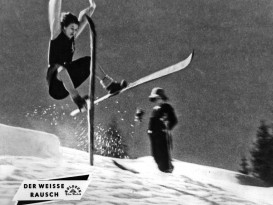 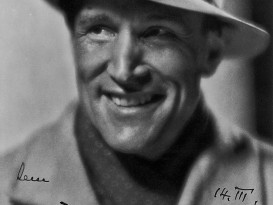 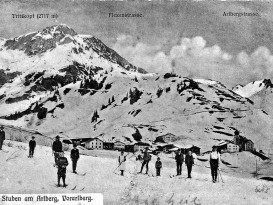