The history of Stuben am Arlberg

Hospitality and ski tradition for hundreds of years

The place Stuben once served as the last stop and a place of contemplation before the Arlberg Passhöhe, and its name is said to derive from a warming lounge for travelers, freight haulers and drivers. In the chapel area in front of today’s Stuben, accommodation for travelers was built in 1218 on the instructions of Count Hugo I of Montfort of the Johanniter to guarantee “fire, water, and shelter”. In 1330, Stuben was mentioned as a post station and the “Kaiser’s highest living room” for the first time.

The historical connection between Tyrol and Vorarlberg has been a lifeline for Stuben for a long time. As the traffic and transport of goods over the Arlberg increased, this improved the economy in Stuben. Heinrich Findelkind set up the St. Christoph hospice nearby. The trail over the pass was difficult and many travelers fell victim to the snow and cold again and again. Documents have been handed down in which the instructions of “Schneebrechen” (“dig through the snow”) and “Arlberg ufbrechen” (“onward and upward to Arlberg”) were given by the ruling classes in earlier times. Farmers and freight haulers had to “make the trail” with their horses, as already mentioned, in 1483. Engineer Hans Thöni explains a lot about this in his interesting work “Stuben am Arlberg – Geschichte eines Bergdorfes" (Stuben am Arlberg – history of a mountain village). Transit duty and cartage brought the Stuben locals as much income as taking care of the travelers did. In 1520, a fire wrecked havoc in Stuben and painstaking reconstruction started.

New traffic routes such as the Fern pass transferred the stream of traffic, and the connection over the Arlberg became less important. Maria Theresia and her Sohn Josef II. had the Arlberg pass improved, which resulted in the development of the textile industry and new impetus for the post traffic. Stuben consisted of around 22 houses in 1800. With the opening of the Arlberg cable car from Langen to St. Anton in 1884, it was again quieter in the Poststation Stuben. The development of tourism brought new blood. It went hand in hand with the development of skiing. The uniquely situated place between Erzberg, the Albona and the Trittkopf had succeeded in becoming a popular ski resort and at the same time in retaining its idyllic charm.

With the historic guesthouses “Post” and “Mondschein”, Stuben served quasi as a base camp for mountain climbing tours. The first backpack tourists arrived, then the ski sport became popular among children in 1900. Ski pioneer Hannes Schneider (1890-1955) eventually carried the reputation of his local municipality and the Arlberg out into the world. As skiing and car traffic increased markedly from 1928 onwards, Stuben benefitted further. With the construction of the first mechanical aids to reach the summit (1956), the simple houses of the village developed into comfortable hotels, rustic guesthouses and exclusive apartments as modern warming lounges. Hospitality has been everything in the former hauling village for hundreds of years. The warm hospitality is still appreciated by today’s modern guests in the high-Alpine ski sport and hiking paradise of Stuben. In the meantime, summer tourism has also become more important and the large range of leisure activities has won over international guests. 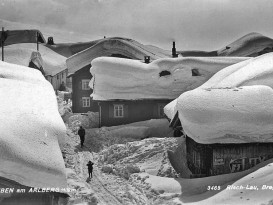 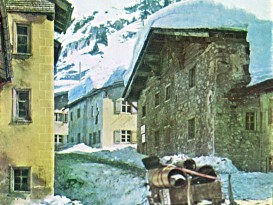 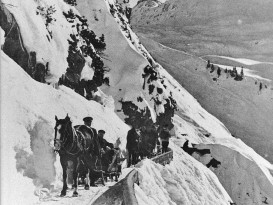 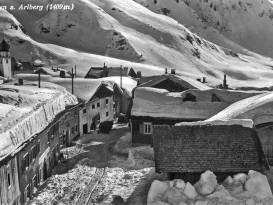 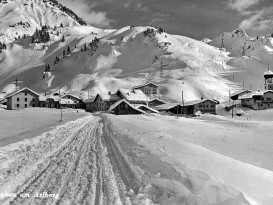