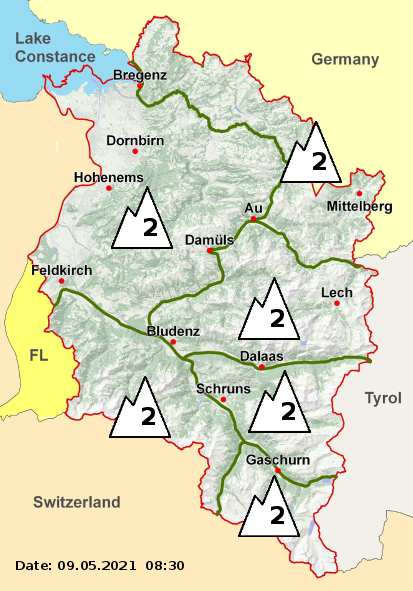 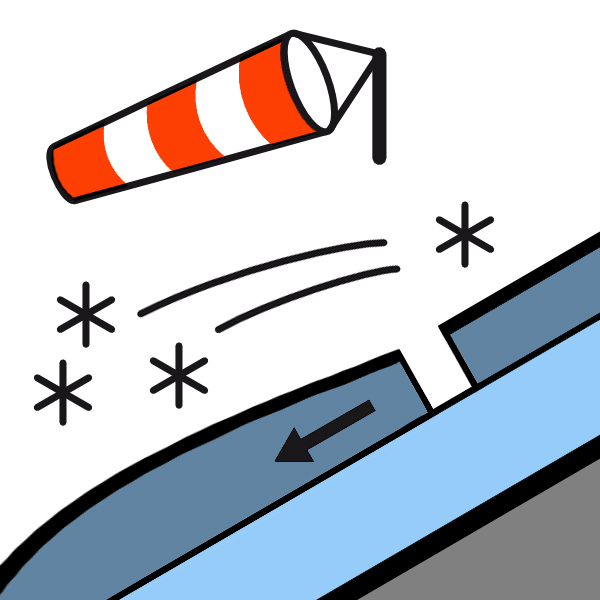 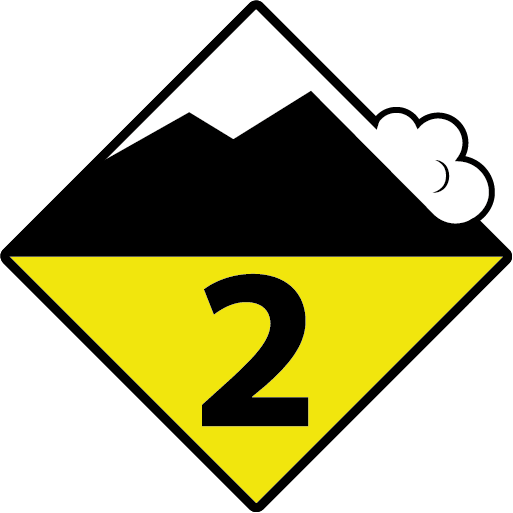 As a result of fresh snow and wind, moderate avalanche danger threatens above the treeline. The freshly generated snowdrifts are generally small, but trigger-sensitive particularly on shady slopes. Slab avalanches can be released there even by the weight of one sole skier. Freshly generated snowdrift accumulations should be avoided, i.e. circumvented. Prudent route selection through the critical zones is advised. Apart from the risks of being swept along and buried in snow, the danger of taking a fall also needs consideration. As a result of solar radiation, small loosely-packed avalanches are possible in rocky terrain. Gliding snow: On steep, smooth, grass-covered slopes at 1500-2600 m, isolated, small-sized glide-snow avalanches can release at any time of day or night. Glide cracks in the surface are indicators of danger. Avoid stopping in spots below them.

On Friday night the cold front passing through released snowfall down to 1000-700 m. Under heavy cloud cover the nocturnal snowfall weakened in the morning hours and by afternoon it had turned sunny again. At the same time, cold arctic air streamed towards the Alps. The stable old snowpack received a blanket of cold powder on top of it which was transported by westerly, subsequently northwesterly winds. There has been since Friday night 20-25 cm of fresh snow registered in the Rätikon, locally as much as 30 c, elsewhere about 15-20 cm, 25 cm from place to place. Prior to the snowfall the upper layers on shady slopes and where there was no wind or solar radiation influence were still powdery. The fresh snow / snowdrifts could not bond with the snowpack surface in those areas and is prone to triggering. Elsewhere the snowpack is often melt-freeze encrusted, on sunny slopes the melted layer persists. Crests and summits are often windblown, gullies and bowls are filled with drifts. Only on steep, grass-covered slopes and hillsides, glide cracks and glide-snow avalanches are being observed.

Icy cold wintery weather in the mountains, a few snow showers spread over the day, with bright interims. Fog will be frequent, visibility poor. Only a few centimetres of fresh snow is anticipated. Temperature at 2000 m: -11 degrees. Light to moderate N/NW winds, making it feel still colder.