The former small board event was born from the enjoyment of snowboarding: Snowboarding legend Paul Gruber from St. Gallen (CH) founded the Longboard Classic 1999 at a time when boarders were not welcome everywhere. Over the years, the Longboard Classic has developed into the best-attended snowboarding race in the world. Every year, more and more snowboarders are making the pilgrimage to Arlberg to be part of the “Woodstock of Snowboarding”. The international snowboarding legends appreciate the competition as much as the beginner snowboarders and young up-and-coming shredders of today.

The Longboard Classic is the largest longboard and old-school snowboarding event in the world and totally unique: Since 1999, hundreds of fans have the pilgrimage to Stuben am Arlberg to experience the Woodstock of snowboarding, the “Longboard Classic”. Whether young boarders, old foxes or snowboard profis from all over the world – nowhere else is the spirit of snowboarding celebrated more authentically than in Stuben at the Longboard Classic. Over 400 mad-keen snowboarders regularly take place in the race and start in three categories from Albonagrat over an elevation gain of 1001 meters to Stuben. 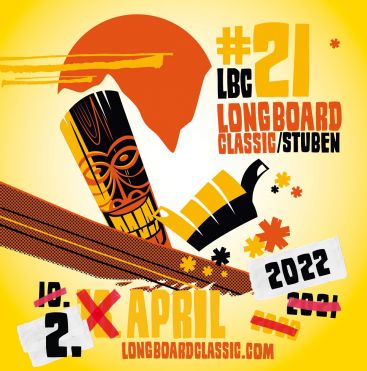 Being a part of the spectacle is just as important as the sporting side of things. In order to round proceedings off properly, longboards and current freeride equipment of select companies can be tested on site. The Longboard is somewhat longer than a freeride board to give a lot of lift in deep snow. In Stuben, legends such as Chuck Barfoot, Terry Kidwill, Mike Jacoby, Shawn Farmer, Mike Basich, Dani KIWI Meier, Peter Bauer and many others could already be welcomed. The events with several hundred participants not only generate considerable interest among the public and a lot of action, the music also gets the audience rocking on every occasion.