At the age of around 14 or 15 Rosa Riezler began skiing in her home village of Stuben, and it wasn’t long before she was skiing in races. In the mid-1930s she celebrated her first successes, initially mainly within the region of course. Between 1935 and 1937 Rosa Riezler won the Madloch race in Lech three times in succession and was perhaps therefore already the best skier in Vorarlberg.
Otto Schwald

Like her brother Rudi Riezler (1921-1942), Rosa Riezler (1919-1990) was a talented race skier, although her career could never develop fully due to the Second World War. Before and during the war, she proved her abilities in numerous races, but was not able to take part in international competitions. In 1946 she did start at a few races, but ultimately ended her career. 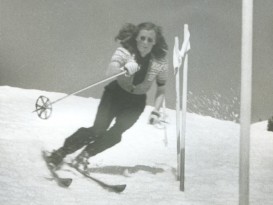 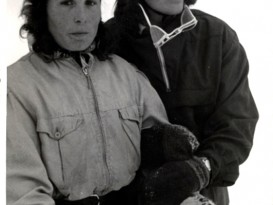