Enthused by nature, dedicated to sport, motivated by the necessity to establish a modest meeting point for the friends of this noble pleasure, the spontaneously participating excursionists felt moved to found the Ski-Club Arlberg!
St. Christoph, 3 January 1901

Ski-Club Arlberg was founded, as the oldest association of its type in the Alps, at the St. Christoph hospice on the occasion of a ski tour. Seven far-sighted men and on woman (the daughter of the hospice proprietor) recognised great potential for the Arlberg region in the new phenomenon of skiing. They were rapidly able to recruit like-minded people for there initiative, in particular through the organisation of ski races. After just five years, the club hab almost 150 members. 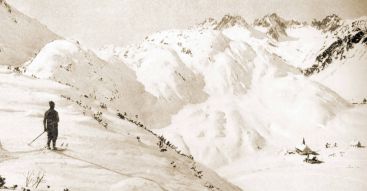 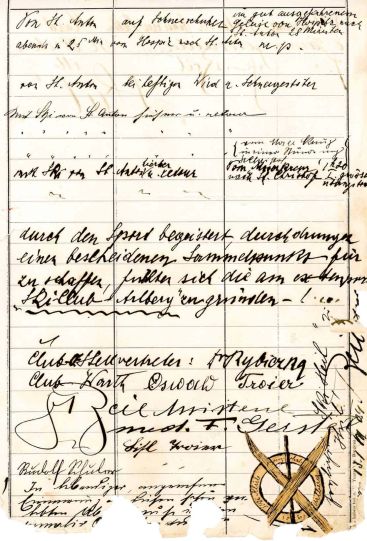